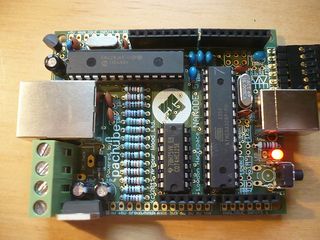 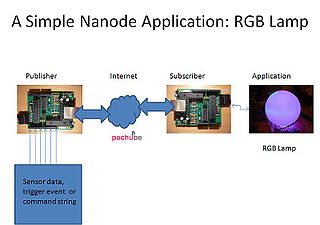 All circuit diagrams, board files, details of connectors, partslists can be accessed from the Documentation Page

Nanode can be used for a wide variety of web connected applications, such as remote monitoring and control, or as a simple web server. It can also connect to open data services such as Pachube.

Maniacbug also has his Nanode sending data to a Pachube Feed

Nanode will be presented at Brighton Mini Maker Faire on Saturday 3rd September.