We have a Mega Electronics PB710S PCB Production line etching station, obtained by a Pledge 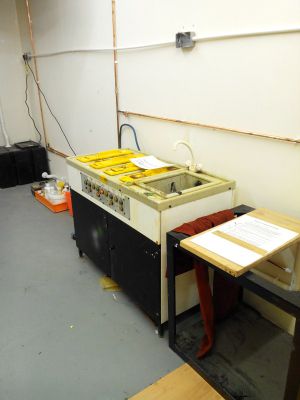 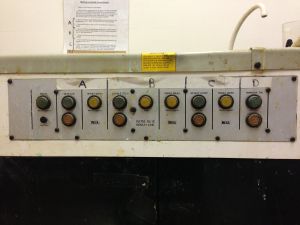 Controls for the PCB station

Now contains CuCl2 etchant at ~3M strength. Ready to use. (Heater does not seem to shut down by itself so make sure not to overheat the solution, being worked on)

Resupply: instructions below! Required materials are:

DO NOT put Ferric Chloride in this tank !!! In fact, please don't use ferric chloride at all - it silts up the tank and is really difficult to clean up. If there is some reason why we wish to use it again, it may be possible to use the 4th tank for it.

Stripper can be resupplied with: