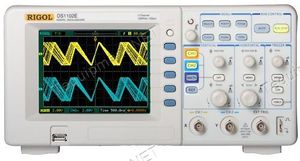 The oscilloscope was made available to us by Bob (b3cft) at a substantial discount despite being in new condition. It was paid by pledge and available from january 2014. Akki14 found a convenient case to keep it safe & tidy at a camera show.