There are currently 2 plans, one for air removal to the outside and the roof, and one for internal filtration. The first plan will require a >£2000 licence to alter for us to implement.

The current choice is to go with filtration unless a licence to alter is required for other build out projects. Initial units have been delivered.

Whatever ventilation plan we end up with, we will also have point extraction at all fixed tools for dust extraction. 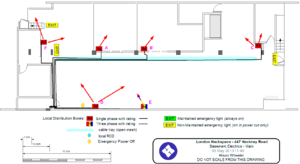 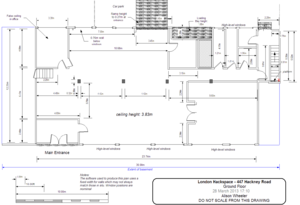