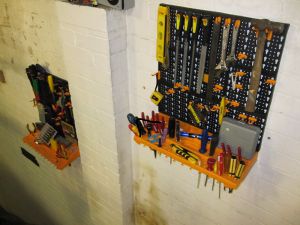 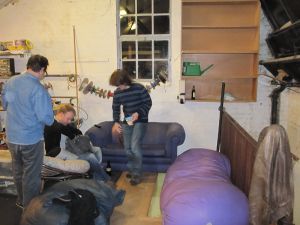 We also now have padding on the shelving above the sofas, due to RJ banging his head on the corner.