Another guide can be found here : Mike's electric stuff 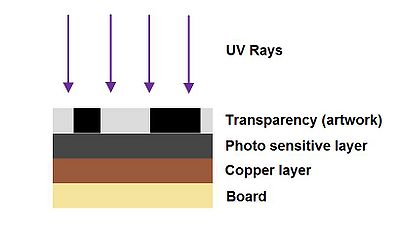 2. The photo sensitive coating weakens as a result of exposure, and is rinsed off with a 10% sodium silicate solution. (1-2 minutes)

Once spent, the sodium silicate solution can be poured down the drain. The ferric chloride on the other hand, must be taken to a Harzadous Disposal Unit, or, deactivated according to this method. 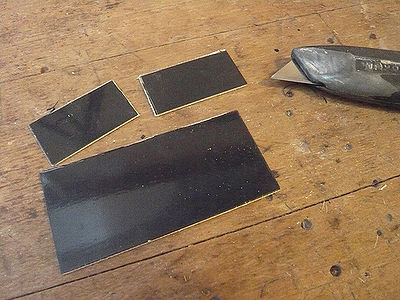 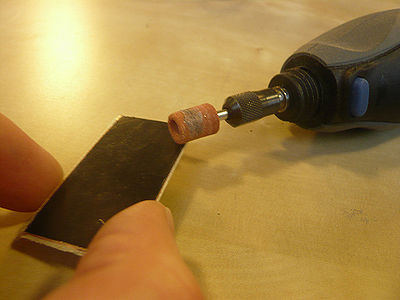 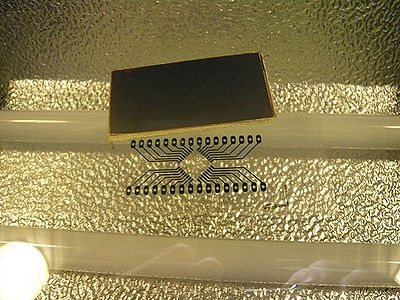 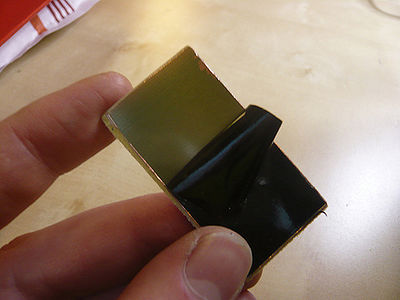 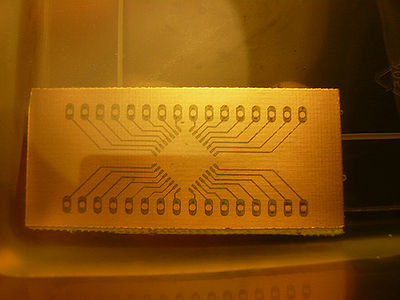 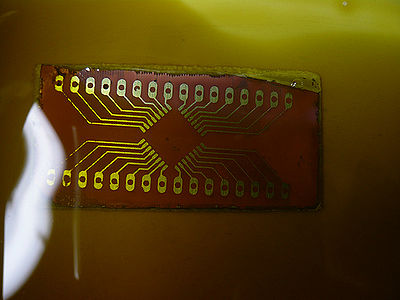 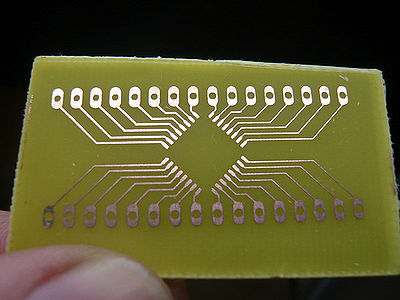 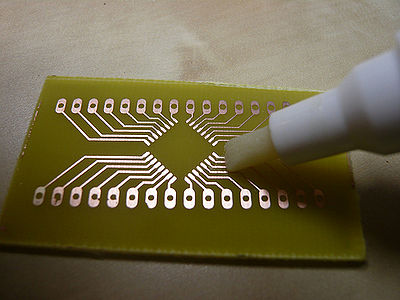 0.8mm drill bits work well, anything thicker and the remaining copper might be damaged or in case of double sided boards, lifted on the other side, as the drill goes through the board.

Once the unwanted copper has been etched, there is still photoresist left on the remaining copper. It is practical to expose the board again, thus weakening the photoresist, then repeating the sodium silicate rinse.