Difference between revisions of "Project:VOIP" 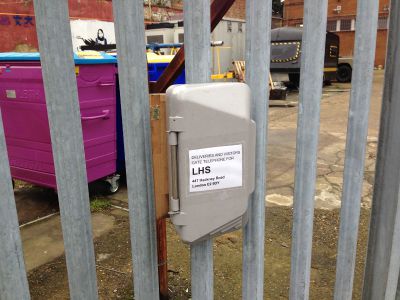 Our most frequently used extension - the back gate visitor phone 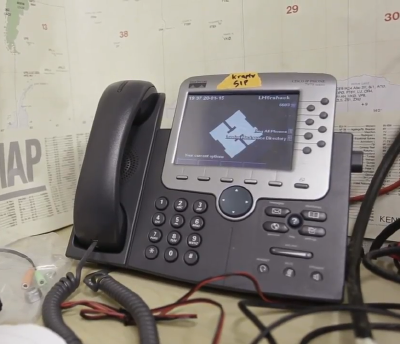 Cisco 7970 - the most common IP phone in the space

A few members had been interested in playing with VOIP/SIP things, mostly involving connecting the space phone line to the internet and doing voice menus, sip accounts for members, group chat, joining the Hackerspaces Call in, getting linked up to other hackspaces, etc.

We should document the various provisioning files required for our collection of phones and ensure they're backed up somewhere.

To assist, I've upgraded two of the phones to the latest firmware and captured what files they requested from the TFTP server:

Kraptv commented about some possible concerns about disturbing the peace:

If people are annoyed at the phones ringing - they can press the "Do Not Disturb" button and it won't ring. In this design - I am mindful to keep a productive peace - I helped implement the phone system at a large cartoon company and was mindful to the variety of edge cases and balancing of sensitive users vs. collaborative users.

If it is completely crap and everyone hates it, we can scrap it easily and say 'man, corded phones are so 90's! Good riddance!' - but there are still many valid uses and an example of fun infrastructure enhancement. Noone is obligated to answer the phone. Noone has to touch it. It's a co-operative, not some sort of business that has a telephone response service level agreement. ;-)

And finally - use it, play with it, and hack on it to make it better!