UCL's iGem team got in touch with us in May about a collaboration with their synthetic biology project to make a biobrick that could help to clean up plastic floating in the ocean. From August the biohackers have been working with them to develop a 'public biobrick' (ie. one developed outside of the traditional university or research lab). This biobrick contains antifreeze from the marine bacteria Oceanibulbus Indolifex in a plasmid backbone called PSB1C3 which contains choloramphenical resistance gene.

The antifreeze gene when put into bacteria would allow them to gain frost resistance. Antifreeze proteins bind to small ice crystals to inhibit growth and recrystallization of ice that would otherwise be fatal.

Here is the UCL document listing all the protocols we used.

Designing primers to amplify the antifreeze and mercuric reductase genes from O. Indolifex 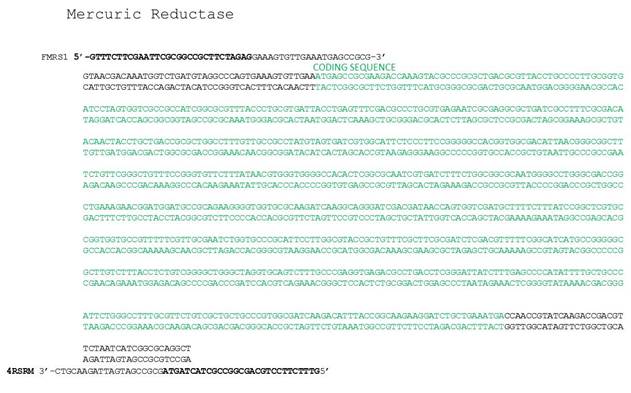 The competent cells are what will take up and express the biobrick at the end of the process. The procedure we followed is here. We built an incubator with shaker to achieve this. After 24 hours we did not see the expected colonies on the plates, we think this is because the streaks were cut too deeply into the growth medium. As an alternative we proceeded with some already prepared plates from UCL that did have colonies.

The plasmid backbone is the vehicle for the biobrick, and is the means by which it will get into the competent cells. It is a linearised plasmid backbone containing chlorophenicol resistance. The procedure is in the same link as for competent cells. We did two versions of this reaction, one with the mastermix supplied by UCL, and one with the taq readymix that we use at the hackspace. We saw a band for the readymix one, but not for the mastermix one, so proceeded with the readymix one.

DNA extraction from O. Indolifex and PCR of two genes

In this step we attempted to isolate the two genes to be used in the biobrick. The protocol is [TBA here]. Our PCRs failed, and it turned out that no DNA had been extracted by the Generation Column Capture Kit we used. So we proceeded with a previous extraction that had been done with ethanol.

We PCRed the above + a positive control of the plasmid backbone we had previously amplified successfully at the hackspace. No bands were visible on the gel, either for the sample or the positive control, indicating PCR failed. Two theories for why this happened:

Both extractions showed up as faint bands in the wells, indicating gDNA extraction succeeded. Bands were same strength as I had previously seen for gDNA extractions at the hackspace, but should have been stronger. This could either be due to the extraction method not extracting enough DNA, or our visualisation technique being inadequate. 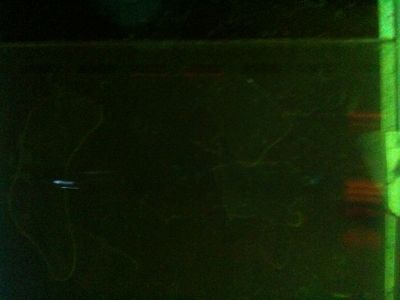 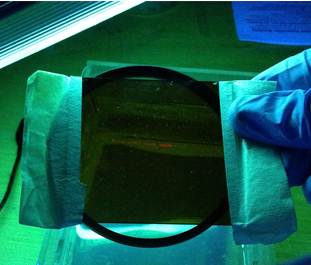 Yeping, Simon and Tonderai prepared and PCRed the following 25ul volume reactions on the 14/9, Will visualised them on the 15/9.

We do not know yet whether this program was actually ran as it is written below, but here are the instructions.

We loaded 3ul of each template with 2ul of leading buffer (5ul of ladder and 2ul of loading buffer), and electrophoresed on a 1% agarose gel at 76V for 40 mins. 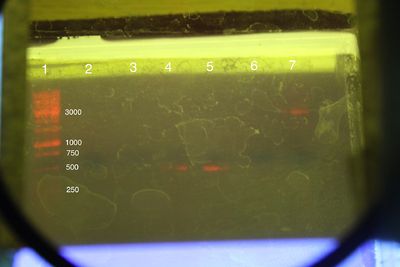 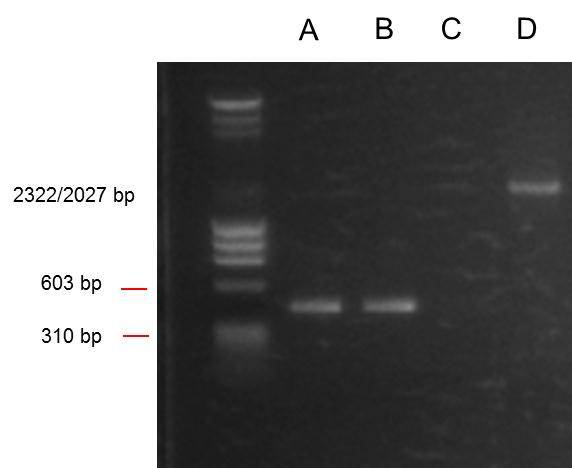 This step involves the insertion of the gene (ANF / MR in our case) into the plasmid backbone (PSB1C3). First the plasmid and the gene are incubated in separate reactions with restriction enzymes, to cut them at the appropriate parts so they can be ligated together.

Required mass of DNA (ie. plasmid or gene) in each reaction is 250ng, so quantities of PSB1C3 (50.9ng/ul conc.) and ANF (19.2ng/ul conc.) are calculated with this in mind. EcoR1 and PST1 are the restriction enzymes. BSA prevents adhesion of the enzyme(s) to reaction tubes and pipette surfaces, and stabilizes some proteins during incubation. NEB2 is a buffer for the restriction enzymes.

This step was done at UCL laboratory. 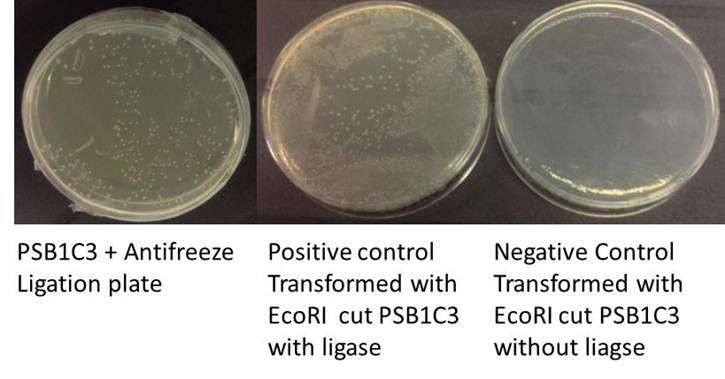 Unfortunately, there was no time to characterize (show it work) the biobrick. There is a simple plate assay that could have been used to test the activity of the protein produced. Protocol given by UCL: In order to express the gene, the biobrick we have now need to be cut with restriction enzymes whose restriction sites flank the genes to be ligated with a promoter and RBS (Ribosome binding site). It could be characterized by ligating (sticking) onto an expression vector (a plasmid that is commercially available that contains a promoter and ribosome binding site). After transformation do the following: