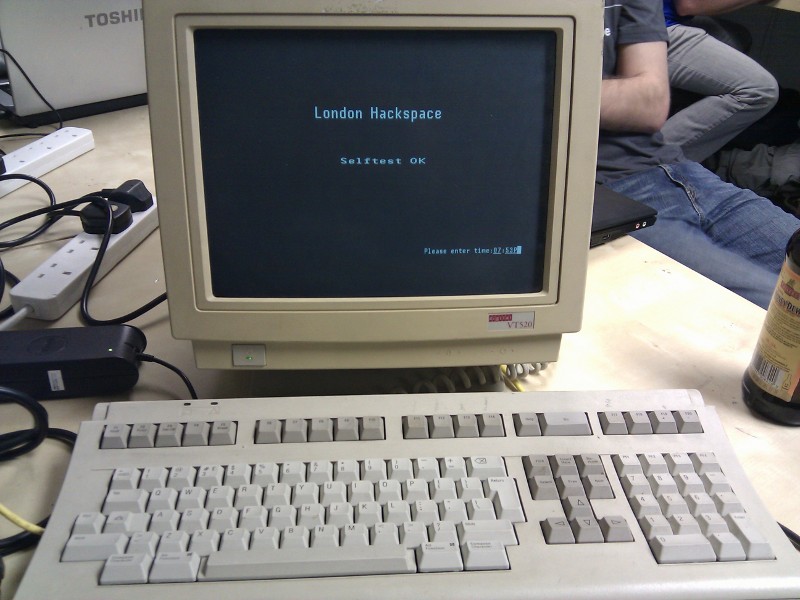 Make a freestanding (ish) IRC terminal for general use.

If we had a serial tikitag reader, and connected it to another port of the same machine (or the passthrough printer port if that terminal has one), then maybe the user could get his irc nick set automagically.

Recently donated was a mostly dead Toshiba lappy (dead drives, dead screen) which has a serial port. This is now redundant as I have the same terminal working with a usb to serial adaptor. We can hook the serial terminal up to any computer run something like "exec /sbin/getty -L 56700 ttyUSB0" from /etc/init/ttyUSB0.conf. I would suggest the doorbot because that is always running. It's now booting Ubuntu over PXE successfully. We're looking to hook it up to the vt520.

I think we're meant to leave doorbot as is because it's a critical system. Could a microcontroller with serial + ethernet do the job - we have an mbed sitting around that has ethernet. --Elliot

Er, why not babbage? It's always on, and designed for general server use. --Jonty